TANGO TERRA SADLY, DUE TO CURRENT CIRCUMSTANCES, WE ARE CLOSED UNTIL FURTHER NOTICE!! WE WILL BE BACK WITH RENEWED AND REFRESHED ENERGIES! HUGE THANKS FOR YOUR SUPPORT IN THESE MOMENTS AND FOR YOUR SUPPORT WHO BROUGHT US ALL THE WAY HERE. UNTIL VERY SOON. 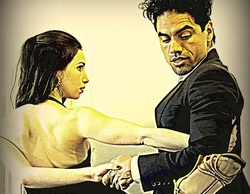